If Today Were Tuesday, I Would Be Writing Ten Things 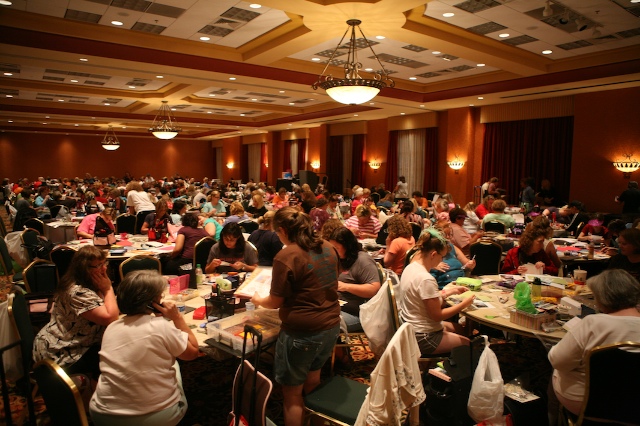 Ever wonder what a CKC night crop looks like? Like this. The scrapbooking community in Tulsa (and The City!  I learned some Oklahoma language, because The City = Oklahoma City. I had no idea until this weekend!) is large and active. These are women who took classes all day (the part i was involved in at the convention) and then set up their supplies to continue until late, late, late. I was exhausted after teaching just five classes each day—kudos to those who have the endurance to not take a nap after their last class! The amazing part? This is only part of the amount of people who attended the convention. 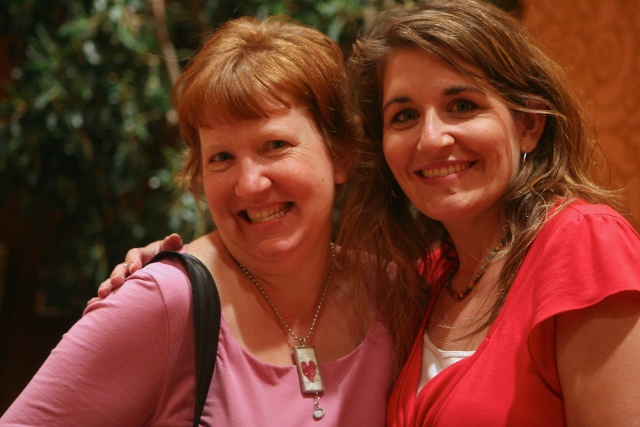 Kim and Chrissy on Friday night. Between the three of us, we have fifteen children. Impressive, eh? 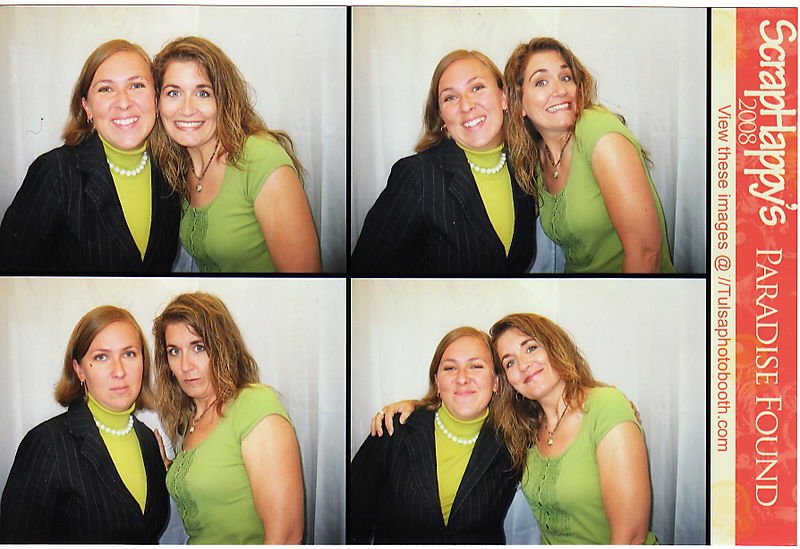 Look at what Chrissy and I found on our lunch break on Friday! A very lovely scrapbook store with a photo booth set up inside it. What a brilliant idea. We had a lot of fun taking these pictures, though I am none too fond of the bottom right one of me. Not sure what that one is about. 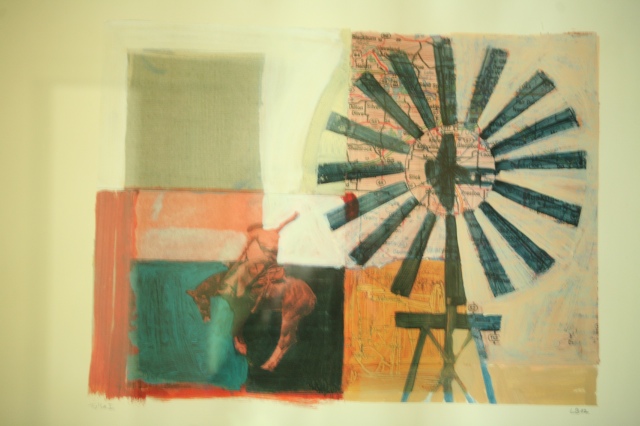 I was so taken by the cool art in the hotel room at the Tulsa Renaissance that I took some bad pictures of it, hoping that the internet might know who the artist is. It was not conclusive from the little scribble on the painting. The room had four such prints, each cooler than the last.

4. Speaking of which, I was also taken by the extraordinarily comfortable bed I slept in at the Tulsa Renaissance. Either it was just that exceptional, or we need a new mattress even worse than we thought. 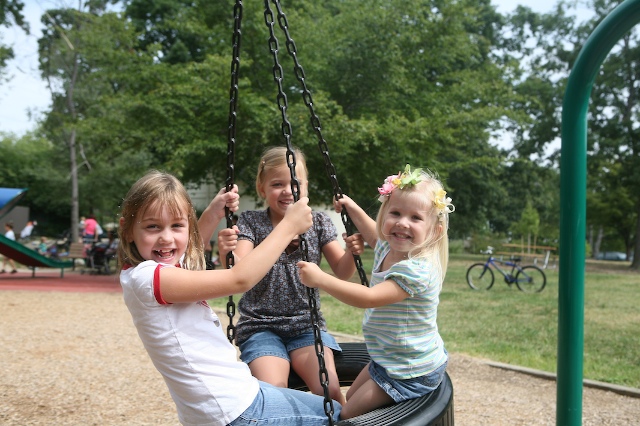 It's a new generation of flower-crown wearing! 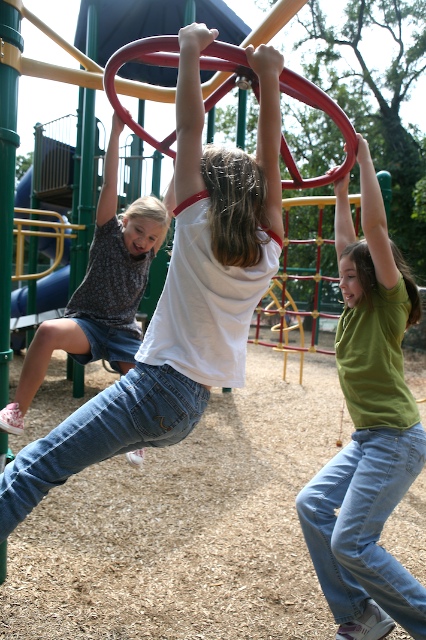 When these three met at a park in Colorado for the first time, Maddie was not quite 13 months old. And now they're off to 1st, 2nd, and 4th grades. Good heavens. 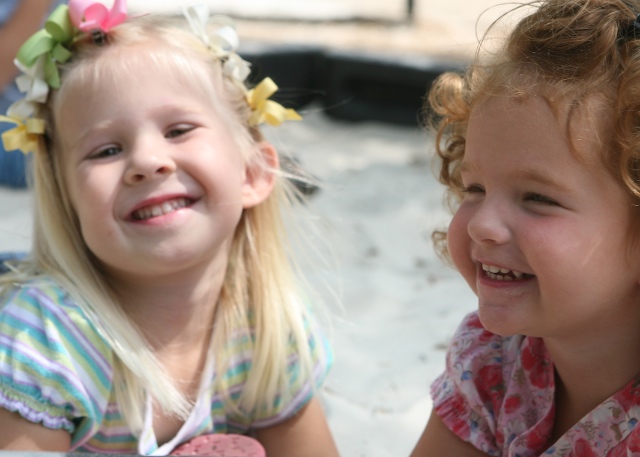 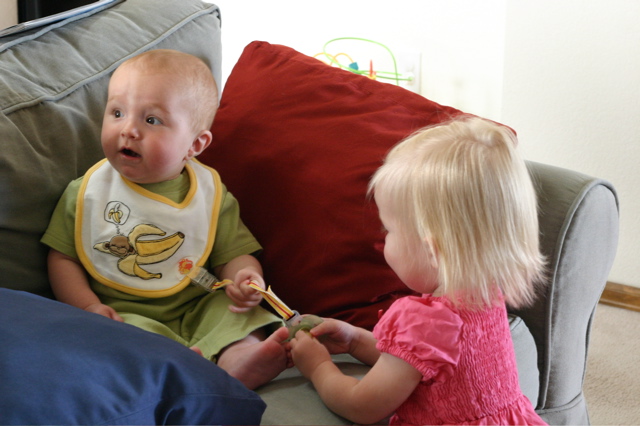 Speaking of first meetings, these two monkeys have grown a lot more hair since the first time they met. 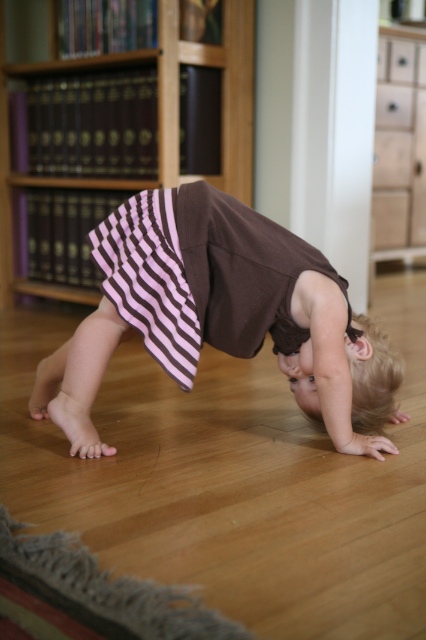 Bridget may be standing unassisted now, but we haven't seen the last of the bear.

9. Speaking of bears, Matt asked Gracie to tell him everything she knows about bears tonight. He learned some interesting things he was not aware of previously : )

10. Operation Get Ready For the Aussies is kicking into full-gear tomorrow. I have a lot to do to shine up this place for the foreigners! Not much longer....

Posted by Elizabeth in Ten on Tuesday | Permalink | Comments (12)

A Short And Funny Story From Today

We were at the park today for playgroup and there were some friendly kids playing there that I didn't know, happily running around with our crew. Suddenly, Gracie stomped over to where I was, with a giant scowl on her face. Uh oh. Here we go.

Gracie: THAT BOY [pointing and practically spitting out the words] called me a LITTLE CUTIE!!! I am NOT a little CUTIE!!!

I'll be giggling about that for a long, long time. My class is open for registration at Big Picture Scrapbooking! It's a companion class to The Scrapbooker's Almanac that will feature behind-the-scenes looks at projects from my book, new variation projects, interviews with my wonderful book contributors and another very special guest (I worked up the nerve to contact someone I admire very much and can't believe she agreed to be interviewed!) plus daily emails full of challenges, fun links, and more. I've been hard at work this summer preparing the content and I'm very excited about it.

The best part? It's being offered at a very low price for a four week workshop at BPS (only $18!) so you can take it and still have money left over to take Cathy Zielske's amazing Design Your Life class which just opened for registration as well. It will give you something fun to do while you wait for her class to begin : ) See? I'm nothing if not a superior enabler.

Here is a link to the registration page to find out more information. If you listen to the audio, you don't need to point out that I sound like an 11 year old, I am already aware thankyouverymuch. The only thing that helps me through this is that I am virtually indistinguishable from Marie : )

One of the many things we miss about Colorado Springs is our little garden in the backyard. We have enough room and sunlight in our backyard here for our two uncaged monster tomato plants, but that's it. At the end of the school year, though, we had the chance to sign up to help take care of the gardens at Maddie's school—we volunteered for two weeks worth of watering and weeding. Our first week fell in July when we took care of the Middle Eastern Garden in the front of the school, and this week we're assigned to the pumpkin beds and herb garden in the back (there is also a vegetable garden). More than once I thought to myself "I am certain I've just pulled out something real. The handout said it would be obvious!! I'm too stupid to be a garden caretaker!" For the most part, though, it's been really fun. 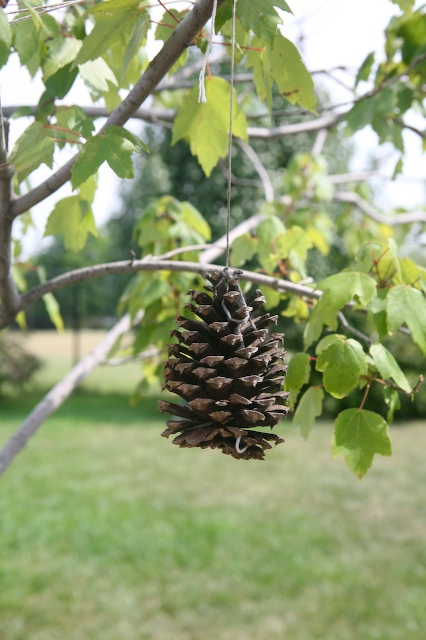 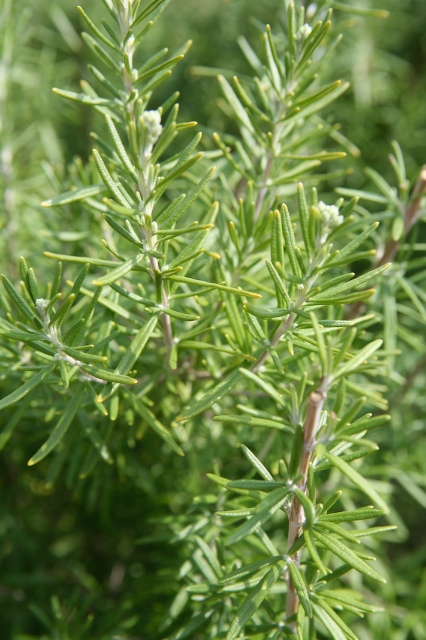 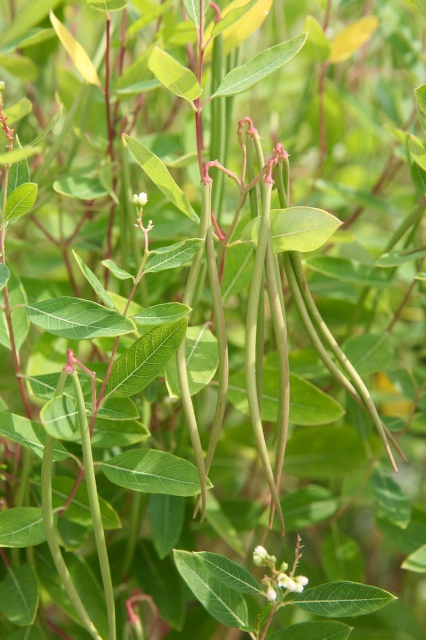 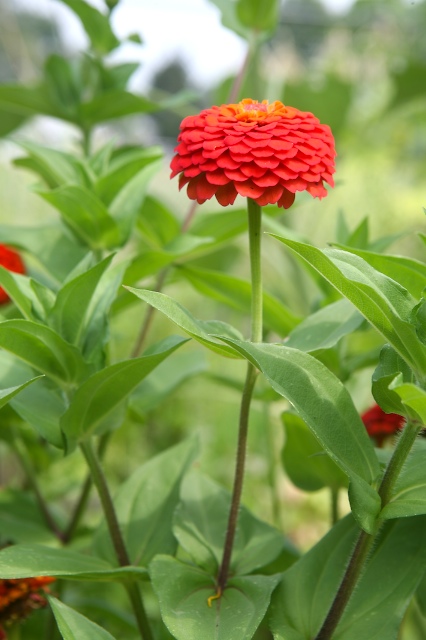 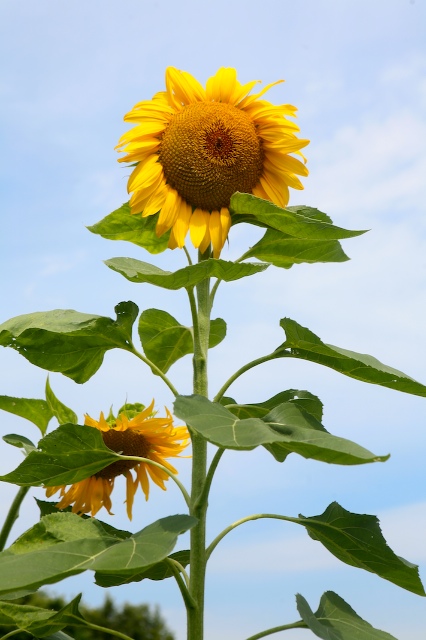 I love that Maddie's school has gardens on the grounds, and that taking care of the gardens is something built into the school year (and summer!). The new issue of Wondertime just arrived last week, and in it is an article about the ideal kindergarten written by contributing editor Pete Nelson (who, coincidentally, happens to be the scruffy rube's uncle) that includes 11 ideas for making a good school great. Gardening is #7 on the list. Eight of the other ideas (things like school potlucks, community service education, benefit auctions, etc.) are firmly in place at her school, and it's possible we just don't know about the other two yet.

All this to say: for picking a house (and therefore, an elementary school) off the internet, we did pretty well. I just hope we don't get booted because I accidentally weeded all the rare Ethiopian herbs or something : )

And if I don't get something new posted soon, we might be down to 20% fun by tomorrow night.