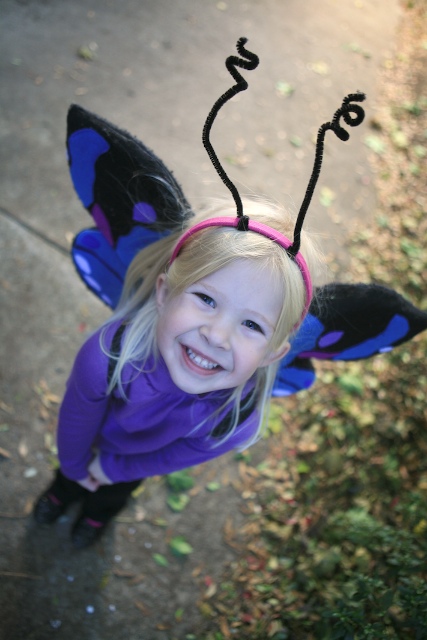 There's already a photo album up to the left : )

Ten on Tuesday (This Isn't Cheating Because By the Time Tuesday Rolls Around, It Might As Well Be Friday Anyway the Way Time Flies)

1. Gracie has been using a word she invented this week, and I started to correct her but stopped, because I realized this word is far cooler and more descriptive than its "real" counterpart. Yesternight. Go ahead, start using it. We'll apply for entry into the OED next year, maybe.

2. Bridget continues to make sound effects for all of her activities. Walking, eating, to indicate she would like to get out of her highchair NOW, you name it, she's got a special sound effect to narrate.

3. It's been an especially busy two weeks full of things that won't see the light of day until 2009, and because of this, I am behind on everything, with laundry being #1 on the list. It has begun menacing me.

5. I was trying to remember the last time I dressed up for Halloween. Senior year of high school, maybe?

6. I was also trying to figure out why in the world we have so many more dirty dishes lately and why we're going through so much food all of a sudden, even more than we already do. And then the answer came to me: 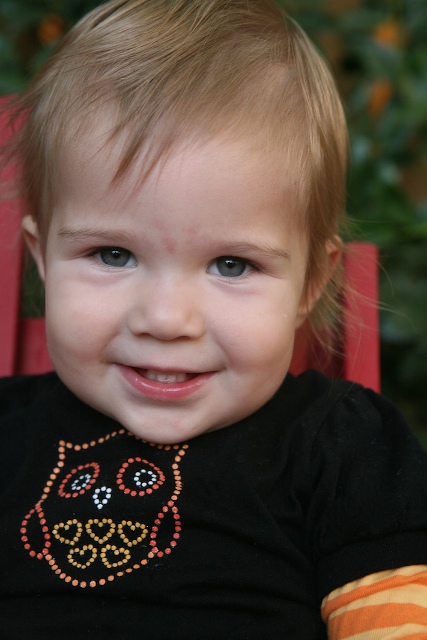 7. Once upon a time some Aussies came to visit us, and I still haven't posted all the photographic evidence. But I haven't forgotten. Sometime soon a photo album will pop up to the left. Maybe today, maybe tomorrow, but definitely soon. 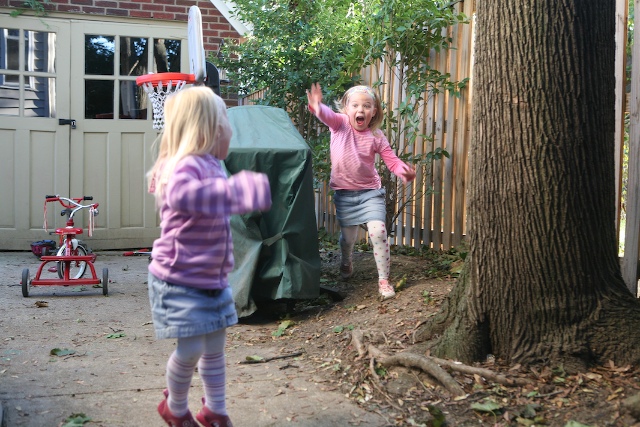 Here are Maddie and Gracie playing a game which involves taking turns hiding behind the grill and scaring the other, who is pretending to walk down a street completely oblivious to anything scary.

I'm going to see this on Sunday night, and I can't wait.

Have a great weekend...

Posted by Elizabeth in Ten on Tuesday | Permalink | Comments (19) 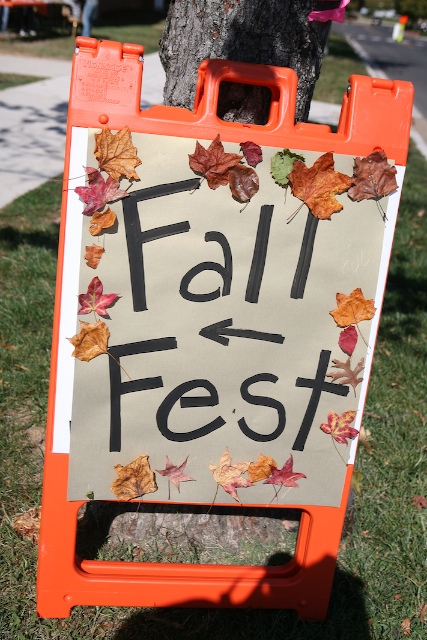 We went to the Fall Festival today at Fort Myer. It was generously sponsored by MWR and the Washington DC area USO. 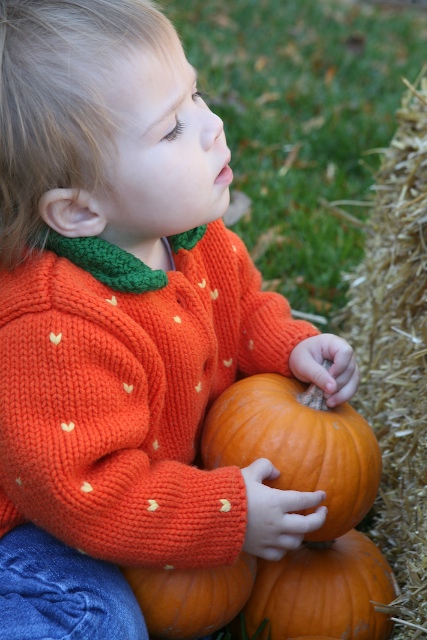 Bridget had fun taking her miniature pumpkin-choosing duties very seriously, until she rolled one off and clunked herself in the head with it. 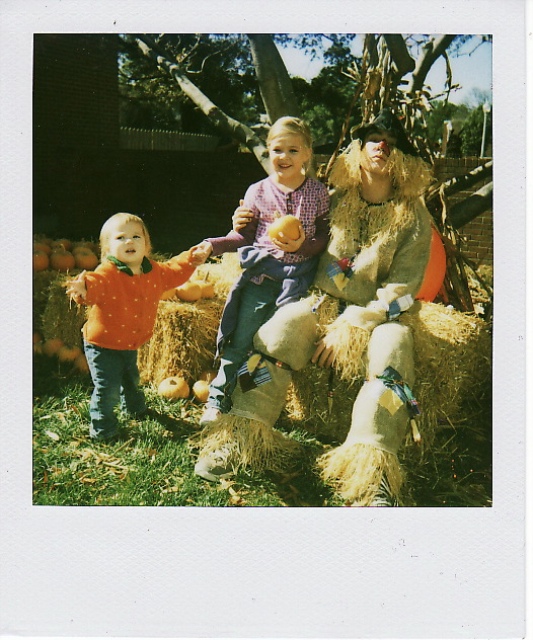 It did not occur to us that Gracie would assume this tough-guy scarecrow was artificial, so when she was standing by him looking for her own miniature pumpkin, he scared the bejesus out of her on accident just by turning his head or moving his elbow or something. She was no longer interested in the miniature pumpkin area after that, hence her absence in this photo. Maddie was the only one who had fun at this particular stop, apparently. Yeah, well, your mama's a llama!

(I was reading something about editing last night, and one of the tips said to always "kill your darlings," or edit out anything you think to be ever-so-clever. Thanks for the advice, but this darling stays.) 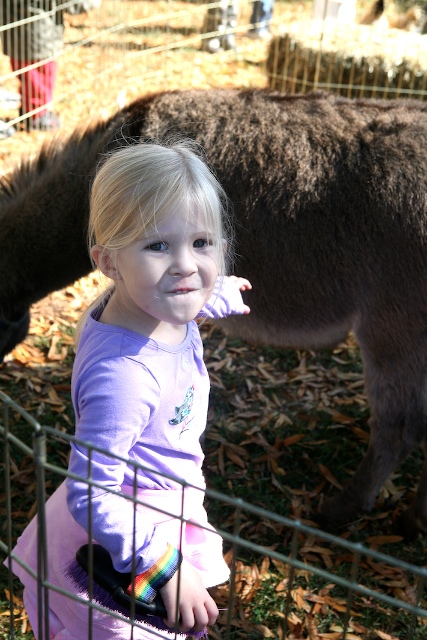 Gracie thoroughly enjoyed donkey grooming, though she accidentally thought the duck water was donkey bath water and dunked her brush in it and started brushing the donkey before the lady in charge leaped over to stop her. 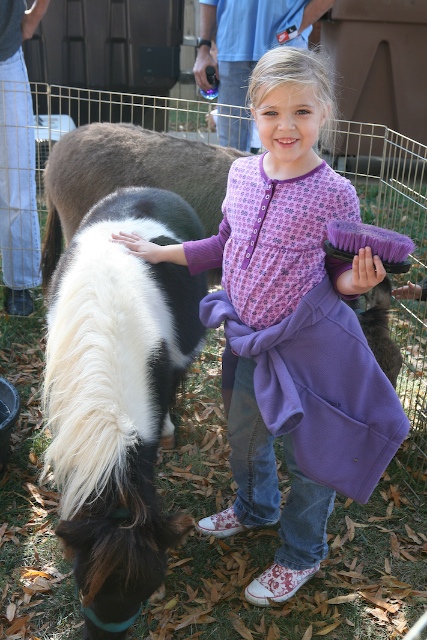 Maddie couldn't pick a favorite of the animals—though she calls herself a city girl now, you can take the girl out of Wyoming but you can't take the Wyoming out of the girl. 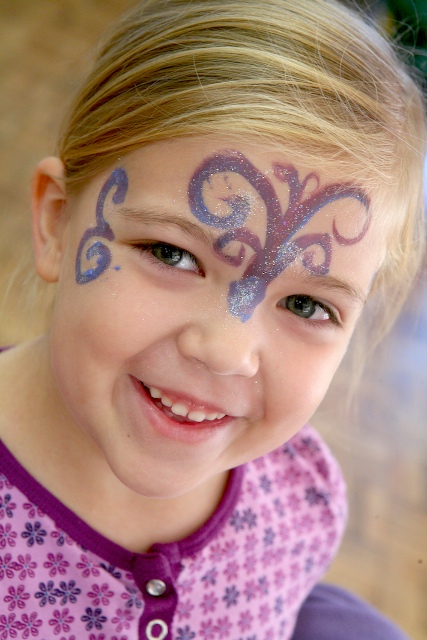 face painting is always a hit 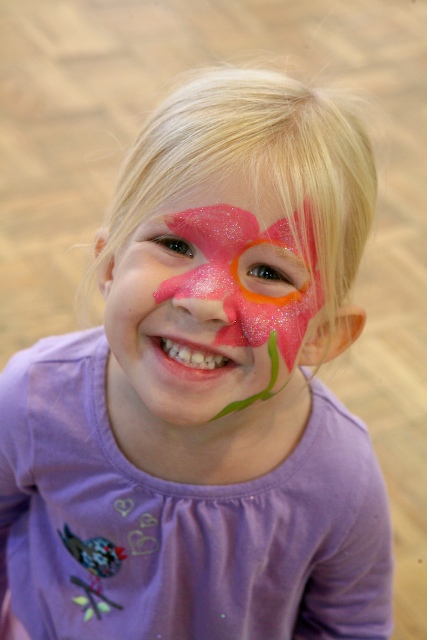 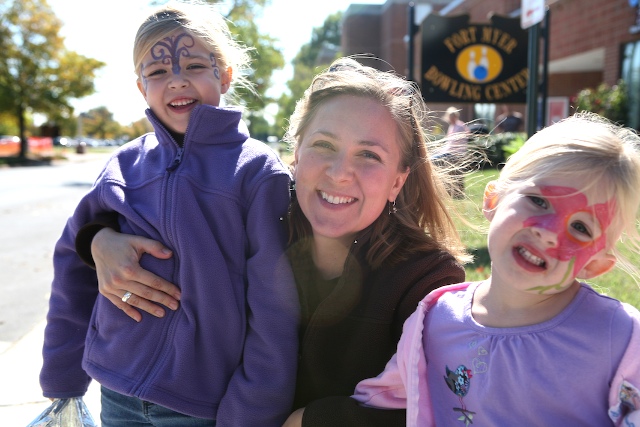 Waiting for the horse-drawn hayride... 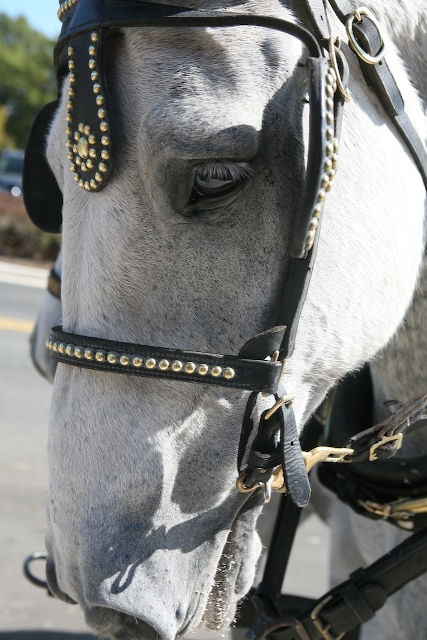 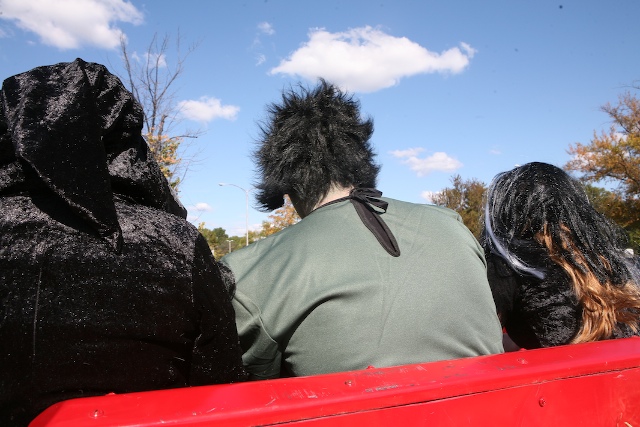 our drivers: two witches and a monster 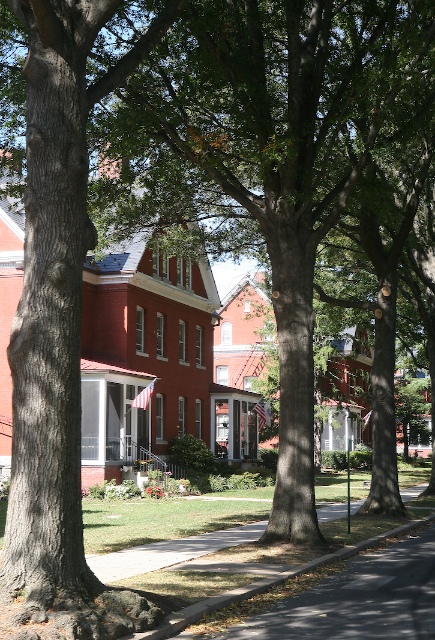 the hayride took us through some of the neighborhood streets at Fort Myer, which looks identical to F. E. Warren AFB in Cheyenne, which is to say, absolutely gorgeous. (We did not live on base in Cheyenne, but rather in The 1964 House, just this side shy of gorgeous.) 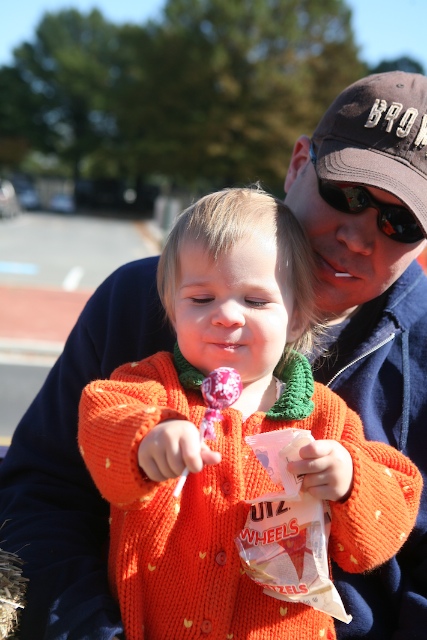 Bridget thoroughly enjoyed the horses, and her lunch of pretzels and a sucker. Punk. The rest of us had hot dogs or hamburgers, chips, cider, and a donut for lunch. 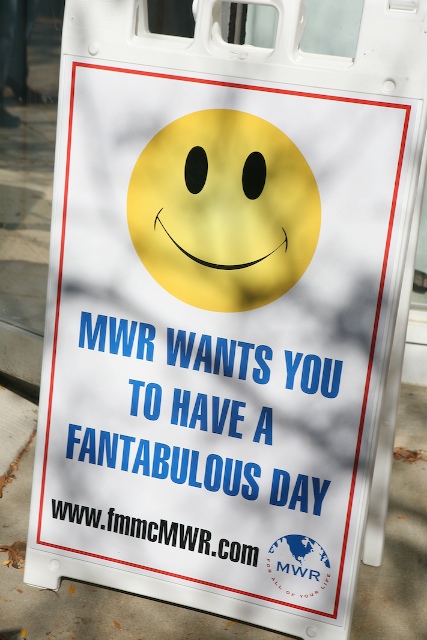 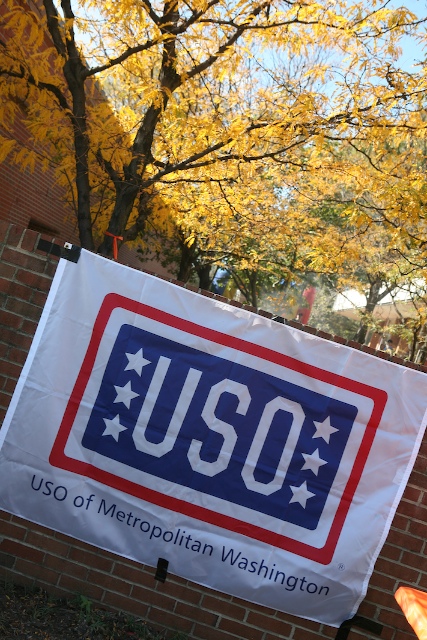 Thanks to Fort Myer, MWR, and the USO for sponsoring our fantabulous morning : )

Give Yourself a Present!

I took part in a little project engineered by Stacy Julian today, though I'm just now posting it (I'm only 18 hours late on that...) Anyway. The idea is to take ten photos in a single day to document the little and big things you're up to right now. It's so easy to get caught up in anticipating tomorrow, next week, next year—or worrying about yesterday, last week, or last month—that once in a while it's nice to just think about the present. I can absolutely say this kind of thinking is perspective-changing, because for 277 days I've been working on daily photography and it forces me, like it or not, to pay attention to the present.

All you need to do is this:

• Over the course of a day, take ten photos of your life right now.
• Compile these photos in a small mini-album (or, post them on a blog)
• Keep this album near you (in a desk drawer, your bag, on a bookmarked blog link) for one year.
• Promise to glance through the photos on a regular basis.

Stacy Julian has plans for us all on October 1, 2009 if you've created your ten photos album. 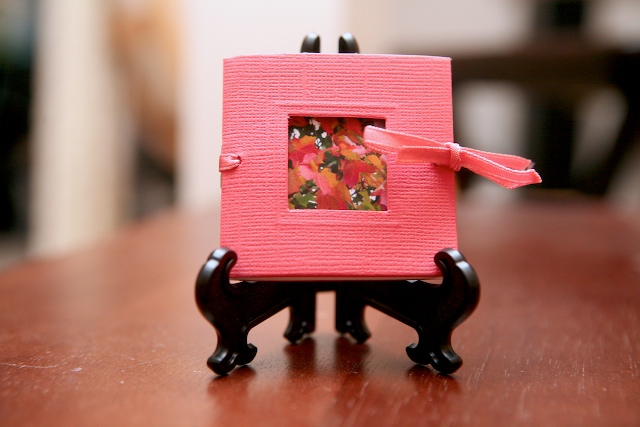 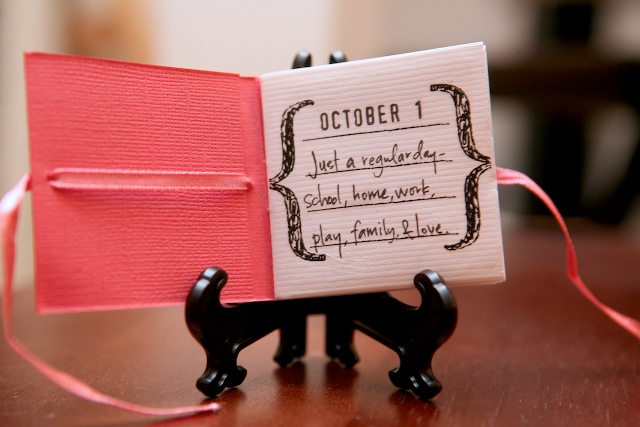 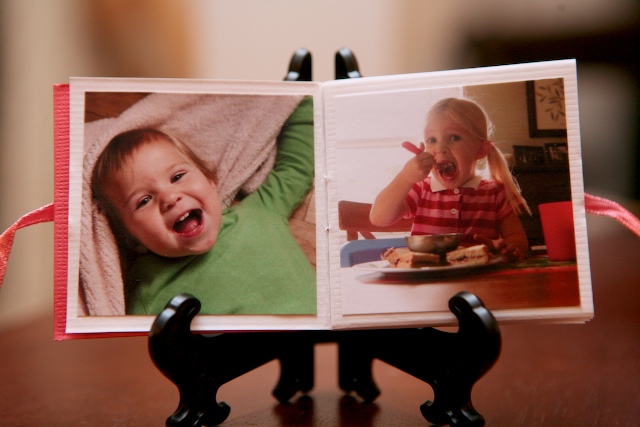 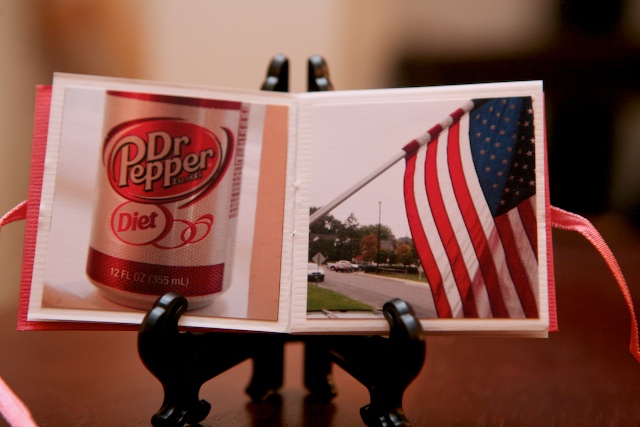 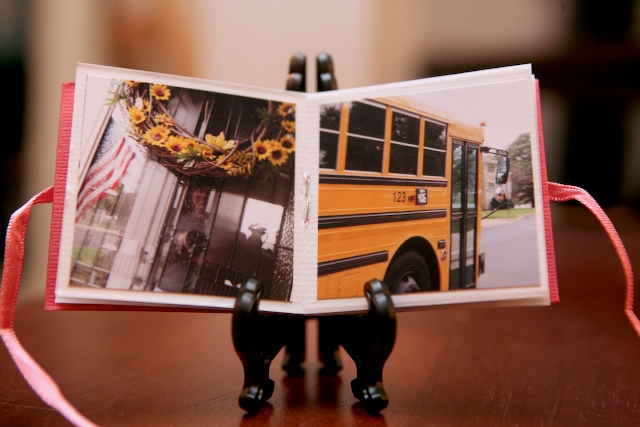 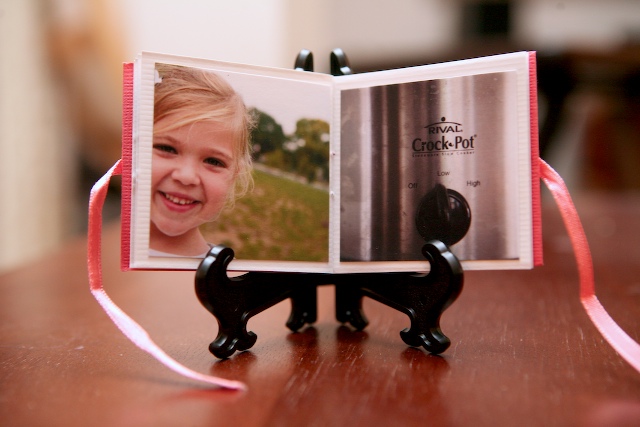 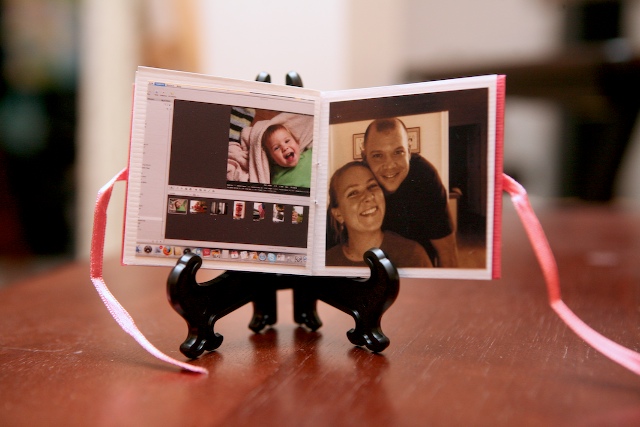 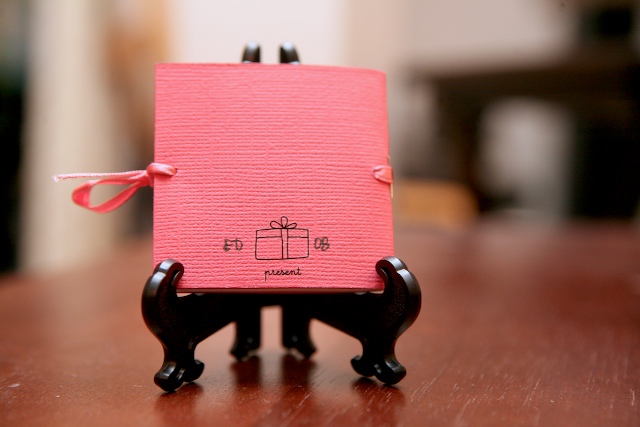 That's it. I already love it.